From the moment you get pregnant, you start envisioning the ideal birth: peaceful, uneventful, and maybe even pain-free! But birth doesn’t always go as planned. Join us as we share the real truth about birth from moms who have been there.

My husband, Grant, and I had been trying to conceive and found out Saturday, June 16, the day before Father’s Day, that I was pregnant. What a Father’s Day gift!

I knew early on in my pregnancy that I wanted a natural birth. I felt like I was born to do this; my body knew what to do. I wanted to be empowered. Our grandmothers and other people all over the world have unmedicated births, so I figured I could too!

To prepare, I found a doula (Jeanna McNeil with By Design Birth Doula Service) and met with her. I did so much research. I listened to natural birth stories and watched birth videos and focused on how to manage pain, like breathing through it.

My birth experience did not happen as planned. My 40th week of pregnancy took place with no sign of labor. The doctors decided I would need to go to the hospital in my 41st week of pregnancy, on Sunday, March 3, with a birth date of Monday, March 4.

Sunday night at 9 p.m., they inserted a pill to soften my cervix. They inserted another Monday at 1 a.m. This was supposed to jump-start my labor. Early Monday morning, they started Pitocin. I didn’t feel much except annoyed that I was stuck lying in bed.

At 7 a.m. they wanted to break my water because I wasn’t dilating, but I didn’t allow them. I still wanted my birth to be as natural as possible despite the induction. That night, they said I could either have a C-section or they could insert a Foley bulb catheter to help open up my cervix. I went off the Pitocin and had a Foley bulb inserted.

The entire night was painful. I didn’t get much sleep and had sharp pains every 15 or 20 minutes. I got up to go to the bathroom and blood came out of the catheter. It freaked me out, but they said it was normal.

Tuesday morning, I was 2.5 centimeters dilated. They said the Foley bulb should have put me at 3 centimeters. They drained the balloon and removed it. After that, they began the Pitocin again. They also broke my water. I began walking around with my doula. While I was walking in the hallway, my contractions got very strong very quickly.

On one hand, I was excited it was happening. On the other hand, I was nervous: the contractions were just beginning, and I was already in stop-you-in-your-tracks pain.

I went back to my room, labored on the yoga ball, bounced around, and moved my hips. The contractions were getting stronger. It felt like about one hour passed, but my husband said it was actually a few hours.

The pain got extremely intense. I couldn’t even focus. I had so much pressure on my back and there was nothing I could do to cope. Nothing relieved the pain. I had thought I could do this without pain medication. My husband and I had a “safe word” I could use if I wanted an epidural. I said the word over and over. I need this, I said.

A natural labor is what I had wanted. My doula was here, and I had a birth plan, and here I was saying I want an epidural. It was a roller coaster of emotions. The Pitocin was bumped up to 30, and it was more than I could handle. But I felt like I was letting people down (including myself) by getting an epidural.

The anesthesiologist gave me an epidural and it began to kick in. I was around 3 to 4 centimeters dilated. Once I had the epidural, they bumped the Pitocin up to 40—that’s a lot. They were moving me from my left to right and trying different positions to get the baby to lower and hopefully start labor.

Every time they checked me, I was between 4 and 5 centimeters. One person said maybe a 5.5 or 6. But after many hours, they said my cervix was starting to swell. I wasn’t progressing; I was reversing and needed a C-section.

At about 5 p.m. they took me back for a C-section. I was a mess. I was so upset. None of my labor was how I had pictured it. I felt out of control with the whole situation. I felt like it was my fault for having a C-section because I had asked for an epidural. So much emotion.

My husband and doula came into the operating room with me (my doula was going to take photos), and my doctor came in with another doctor. We had not found out the baby’s gender, but I had a feeling. When they took Amelia out of me and held her up, I said, “It’s a girl.” Then they stitched and stapled me up. But I didn’t feel right at all. They brought Amelia over to me. Grant held her, and they put her close to me.

I felt dizzy, like I would pass out. There are photos of the moment I saw her for the first time, and I’m not even smiling. I couldn’t smile because something was wrong—my body physically wouldn’t smile.

I told the nurse that something wasn’t right. It turns out my blood pressure was dropping and I was hemorrhaging. I lost 5 or 6 pints of blood.

The doctors had left, and they had to run and get them. There were blood-soaked towels everywhere. Nothing about my birth plan had gone how I’d envisioned it. It was very traumatic.

However, we have an extremely healthy, happy, sweet baby, and I wouldn’t trade her for anything.
I would go through it all again to get her.

My memories of birth are difficult. It was so stalled in the beginning and then a rush of unplanned events happened at the end. I wasn’t in control of anything that happened. There were so many emotions. I do remember seeing my daughter for the first time and thinking, she is beautiful, she is perfect.

I had a long recovery and couldn’t do anything. Grant had to do everything: change her diapers, change her clothes, swaddle her, bring her to me.

When I look back at my birth plan, I wish I’d had more realistic expectations. I wish someone had told me that it’s OK if this doesn’t go as planned. That it’s not my fault if it doesn’t. I’d like to know my family and doctors would have supported my decisions no matter what.

My advice for other moms: Go in with what you want, and be your own advocate. Stand up for yourself, do your research, and ask questions. If you don’t want to do something at that moment, say that.

I’m so glad I had a doula. The doctors were pushing for interventions (wanting to break my water immediately, for example), and my doula was there as a buffer, saying, “Wait, let’s talk about this.”

If you want a natural labor and it doesn’t happen, that’s OK. However you have your baby, it’s OK. If you and the baby are healthy, that’s all that matters. If you want to get an epidural from the start, do that! It’s different for every person. Plan for what you want, but know that something (or everything) might be different.

For a while after Amelia was born, I was set on not having a child due to my difficult delivery and recovery. I was afraid of having the same experience. But it may be different next time, and I can talk to my doctor and doula about it.

With my next baby, I would lean more toward a C-section. But I’m also nervous I will hemorrhage again. If I choose a VBAC (vaginal birth after cesarean section), I would definitely do as much research as possible and choose a doctor who would support me. But right now we’re just having so much fun with Amelia to think about the next one.

Listen to Jenny tell her story on Episode 001 of the Babypalooza Birth Stories Podcast. You can follow and check out her reviews here. 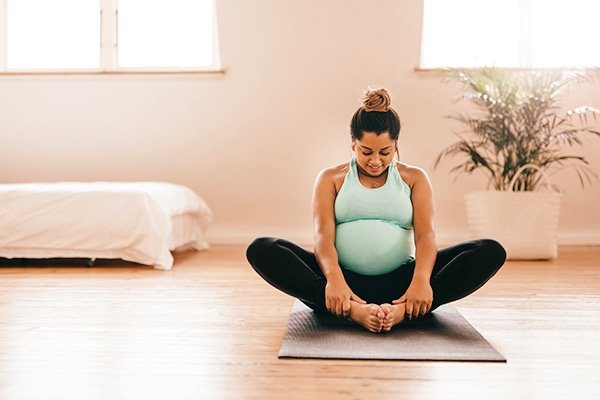 The ultimate goal of prenatal yoga is to help you find comfort and ease away while you celebrate and cherish the growth of your family. 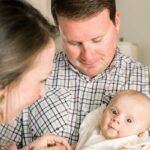