When I was pregnant with my first child, an older co-worker told me that the only way to soothe a teething baby is to rub whiskey on their gums. I think my internal reaction was equal parts horror and laughter.

Fast forward to one night when my son was cutting his first tooth, screaming at the top of his lungs at 2 am while I offered frozen teethers and Tylenol and generally feeling equal parts helpless and exhausted. I remember thinking about that woman… I didn’t put whiskey on my infant’s gums, of course. But in that moment, I understood the impulse. It’s incredibly frustrating to see your child in so much pain, not to mention the sleepless nights and headaches you both go through.

Of all the trials parents undergo, teething is surely one of the worst. It’s a crucible through which few emerge unscathed. Over the centuries, humans have tried rubbing everything from whiskey to minnows (seriously) on their babies’ gums to relieve teething pain. At one point in the 1800s, it was common practice to lance the child’s gums to relieve the swelling. A practice that probably resulted in more infant deaths than it did in relief for the afflicted babies.

Luckily, today we have Tylenol and Advil and frozen teethers and the assurance of modern science that this too shall pass. Even with all that, it’s still rough. So whether you’re reading this at 3 am while bouncing a fussy infant (hang in there) or just looking ahead to prepare yourself, we’re here to answer some of the most common teething questions.

When Do Babies Start (and Stop) Teething?

Most babies pop out that first tooth around six months of age. The teething symptoms, on the other hand, may start appearing two to three months before that first tooth actually shows up. While most babies have at least one pearly white by six months of age, some kiddos don’t get their first tooth until closer to a year old. There’s a pretty broad range of what’s considered normal. It depends on a lot of biological factors like how dense the gum tissue is and if teething early or late tends to run in the family.

If your little one still has no teeth by their first birthday, that’s considered late teething and you should talk to your pediatrician.

Signs and Symptoms of Teething

Teething can be accompanied by a lot of tears. The question is: How can you tell if those tears are caused by teething or something else? The most common signs of teething are:

Your child may have all or only some of these symptoms that let you know a tooth is soon to appear. Some babies are cranky and have trouble sleeping but not drool. Other kids will be drool machines but never seem especially bothered by any of it. And a lucky few won’t have any noticeable symptoms.

When It’s Not Teething

Over the years, parents and doctors alike have blamed teething for all manner of infant ailment. Many parents swear diarrhea, fever, and runny nose are directly tied to teething, but there’s no scientific proof that they’re linked.

The American Academy of Pediatrics says, “When your baby’s teeth are coming through, she may also have a very slight increase in temperature. But if her temperature reaches 100.4°F (38°C) or above, it’s not because of teething.” They recommend calling your child’s pediatrician right away if your baby shows symptoms such as fever above 100.4°F (38°C), vomiting, or diarrhea while teething.

As with anything, if you’re concerned, call your pediatrician.

There’s a somewhat reliable order in which you can expect your baby’s teeth to make their respective debuts. The first to the party are usually the two in the bottom center, followed by the top two front teeth. Lateral incisors are usually next (they’re the next spots over), followed by first molars. Canines typically show up next, in between the incisors and the first molars. Finally, come the second molars in the very back of the mouth. These are sometimes called “Two Year Molars” since they tend to come in around the second birthday.

There are plenty of mom-tested, doctor-approved remedies to help alleviate your baby’s teething pain without breaking out the whiskey or the minnows.

Chewing comes naturally to a teething baby for good reason. All that chomping creates counter-pressure in the gums which relieves some of the aches caused by their new teeth pushing their way into the world.

Bumpy silicone or rubber teething toys with a variety of textures will be a big hit. Some teethers are designed for different teething stages, with longer bits to reach the molars, for example. There are loads of teethers on the market, some of them even vibrate to provide a little extra massaging action.

Since your baby will grab and chew on pretty much anything you put around your neck anyway, you might also consider getting a teething necklace for yourself. These are a truly brilliant invention. It’s a necklace with silicone and/or wooden beads on it that are specifically designed for your baby to munch on. They’re usually pretty inexpensive and many of them are so stylish, you’d never know they’re secretly a teether.

Teethers are even more effective if the teether is cold. Keeping a supply of chilled teethers and wet washcloths in the fridge can provide extra relief. Frozen teethers can actually get a little too hard so some experts recommend using the fridge instead of the freezer.

Cold drinks in a bottle or sippy cup also feel great on achy gums for babies over six months of age (that’s when water can be introduced). Refrigerated foods like yogurt, applesauce, or blended fruits are another achy mouth pleaser. You can also give your baby frozen chunks of banana or peaches in a mesh baby feeder bag. As with any food, all these should only be given under adult supervision while your baby is sitting upright.

When all else fails, especially at night when teething crankiness tends to peak, don’t be afraid to reach for the baby pain killers. Baby acetaminophen is rated for babies as young as twelve weeks and baby ibuprofen is okay for babies six months and older.
As with ANY baby medication, talk to your child’s pediatrician about dosing and safety before breaking out the dropper.

Some remedies on the market are no no’s despite being readily available on store shelves.

Numbing agents like Oragel used to be a go-to but doctors and the FDA now advise against them. Topical numbing agents can put children under age two at risk for reduced blood oxygen levels. They can also numb your baby’s throat which can lead to choking or aspiration.

Amber teething necklaces are another no-go. There’s no medical evidence that they are effective, and they can be a choking hazard.

These may be starter teeth, but they still need to be properly cared for. You should start brushing your baby’s teeth as soon as the first tooth pokes through. Use a clean damp washcloth, a gauze pad, or a silicone finger brush to gently clean the gums and those first teeth after meals and before bedtime. From there, your baby will eventually graduate to very soft bristles and baby-safe toothpaste, but no more than a small, rice grain-sized smudge.

A pediatric dentist, pediatrician, or even a pharmacist can help you select an appropriate toothbrush for your tiny tot’s teeth.

It’s also a good idea to pump up vitamins and minerals in your little one’s diet that help build strong teeth. Calcium, vitamin C, phosphorus, and fluoride are all critical to a healthy set of chompers.

While we’re on the topic of diet, remember that sugar is a tooth’s worst enemy. Obviously, you don’t have to eliminate all sugars from your baby’s diet but restrict refined sugars and sticky sugars like dried fruit as much as possible.

The American Academy of Pediatrics also recommends sticking to water for baby’s beverage over prolonged periods of time. The sugars, both natural and added, in milk and juices transform into acid in baby’s mouth which leads to tooth decay. Plus, it starts a healthy habit of drinking lots of water at a very early age.

This Too Shall Pass

Teething is no fun for parents or babies. But if you arm yourself with as much knowledge as possible and stock up on drool bibs and teething rings, you’ll both get through it. And trust me, that pearly white smile will be well worth all the fuss. 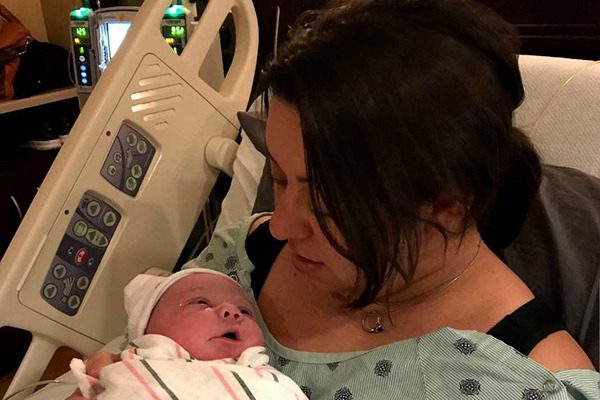